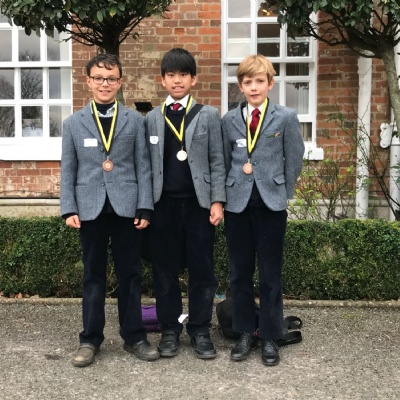 On Tuesday 8th February, three Year 6 boys, Casper Green, Caspar Murning and Kai Tan, went to The Oratory School, where they spent the morning developing their debating skills in various workshops before teaming up with Abingdon Prep to proposition the motion: "zoos are unethical". A very healthy debate ensued against Aldro, with the house voting in favour. The boys were awarded smart medals for their efforts. Well done!